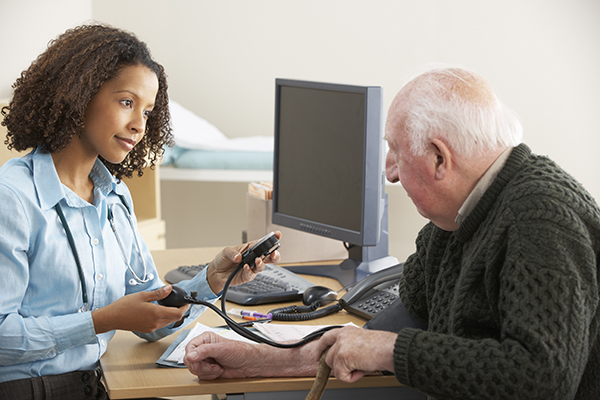 A number of salient themes emerge from the well-documented body of literature on practitioner bias and are presented below:

“Physicians rated African Americans as less likely to be the kind of person they could be friends with, as being less likely to be free of substance abuse problems, and less likely than non-Hispanic whites to be interested in an active lifestyle and cardiac rehabilitation. Moreover, physicians rated African Americans as less intelligent and less educated than non-Hispanic whites. All of these relationships were stronger if the patient was from a lower socioeconomic class.”3(p357)

“Negative experiences within the health care setting will create additional vulnerabilities in an already vulnerable population, and acts as one mechanism for creating and sustaining health disparities in African Americans, Hispanics, and Asians.”12(p8)

Click here to read an essay on the study described in the previous video. (PDF)*

* Note on PDFs: This PDF is set by default to open in a new tab or window in your browser. However, your browser may be set up to download the file or to open it in the same window as this page. Please make sure you know how to return to this course.

A complex array of factors contributes to the impact of implicit biases on decision-making.21-23 Fatigue, stress, and cognitive overload are closely linked to health care practitioners and the environments in which they work. In high-demand, high-performance situations, practitioners are vulnerable to the “hard wiring” employed by the brain to circumvent cognitive overload by simplifying information through group generalizations and stereotyping. Ultimately, such behaviors result in biased or compromised medical decision-making that cannot be fully explained by specific clinical factors of the patients involved.18-20

Click here to read an essay on the study described in the previous video.(PDF)*

* Note on PDFs: This PDF is set by default to open in a new tab or window in your browser. However, your browser may be set up to download the file or to open it in the same window as this page. Please make sure you know how to return to this course.

"Physician’s affect could be a powerful though unconscious, determinant of the outcomes of medical care.” 23 (p.145), 24

A confidential survey was completed by family practice physicians about extremely obese patients. Respondents indicated that these patients:

Respondents (50%) thought treatment for obesity is ineffective.25
A cross-section of military family physicians was surveyed to determine attitudes and practice regarding obesity.

Dental students (420) were surveyed and responded as follows:

Racial bias is most prevalent in the literature and indicative of the continuing inequities between racial groups in the United States, its territories, and tribal communities. It should be noted that overt racial bias has diminished over time. However, there is rapidly growing literature on the negative attitudes and conscious bias about providing care to obese patients across health care disciplines (i.e., nursing, medicine, dentistry).

While this body of literature offers compelling evidence of the impact of bias on health and health care, there is a contingency of researchers who discount practitioner implicit and explicit biases as a contributor to health and health disparities. It would be an oversight if we did not examine the literature that critiques the concept of practitioner bias. After the Schulman study was published in 199920 and sent shock waves throughout the national health care arena, there were a number of published opinion and research articles that took aim at the quality of the research.28 This response was also noted after Unequal Treatment, the Institute of Medicine’s landmark report, was published in 2002.29-31

Some of these researchers view the causal factors of health disparities as differences in socioeconomic status, geographic factors, unhealthy behaviors, and life history rather than the biases of physicians, whereas others protested and blame the physician mentality expressed in the health care disparities and bias literature.